Today is a big day at Helpdesk Habits towers.

After 3 months of planning and a complete rewrite of the engine which powers Helpdesk Habits, version 2.0 is now live.

When the service launched in May 2019, I was aware of the need for certification, but wanted to ship early. I’ve always been taught to ship early and refine along the way – and that’s exactly what’s happened.

After the launch of the program in Las Vegas, I spoke to around 100 businesses and got some brilliant feedback on what they wanted from a program like this.

Most of them told me that they wanted agents to be rewarded for their learning efforts – to have some kind of recognition for putting the time in, to learn and understand how to be better agents. A certification was definitely the way forward.

In addition, some of our early customers explained that for teams – they wanted to track progress of team members. Up until today, that wasn’t possible.

Each of the 61 video modules is now part of a shiny new learning management system. This means that users can test their understanding at the end of each module by answering a simple question. Get it right and their progress is checked off.

Modules can be tackled in any order you wish – there’s no need to be sequential. 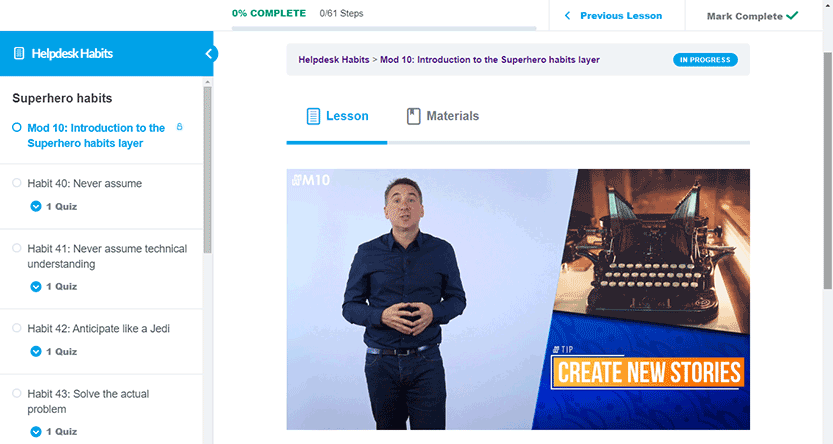 Once all 61 modules have been completed, it’s then time to take a deep breath and go for the certification exam.

The exam consists of 25 questions. Some will have been seen before. Others are new. It’s designed to see if you’ve grasped the concepts – and not to grill members on the detail of individual modules.

Get 80% or above, and you’ll receive your custom certificate, ready to hang on your wall. 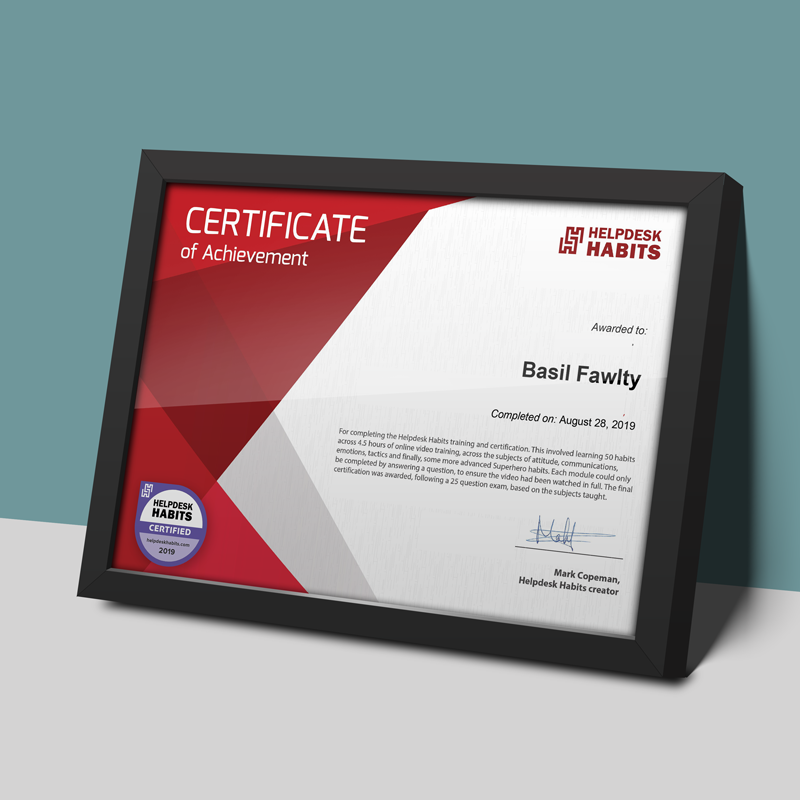 In addition, there’s also a digital badge to download – to add to your email signature – to show others, you’ve gained the skills to become a helpdesk superhero.

There’s a plan to include a public hall of fame of businesses who want to go public with their success.

Most businesses already using Helpdesk Habits are teams. Changing habits is most effective as a team.

From today, it’s now possible for team leaders to track team progress through the program. In addition, they can also see team member quiz attempts scores and whether the certification is complete.

Our resources area is still available to all solo and team license holders – including 70+ desktop wallpapers, which really aid in embedding and changing habits. If you’d like a custom one made – just get in touch and we’ll send it over. 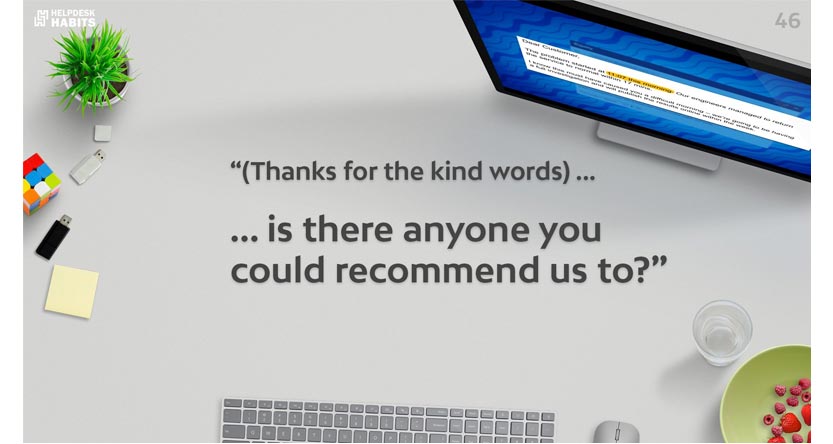 It’s set at $129/user for their training and certification, with bulk discounts for multiple team users.

I’m delighted to have so many great customers already who’ve beeen so generous with thier feedback. I hope the new features will be of real benefit and look forward to moving the service forward over the coming months as we aim to set industry standards for customer interaction.

Why teaching IT Soft Skills will benefit your business