Why is it that employee IT soft skills training always seems like an after thought?

In the IT support world, so often the focus is on tecnical qualification, on exams, on admin training and on the latest security procedures.

Of course, all of those things are important. Hugely so. The balance though has shifted too far towards technical capability and upskilling on IT soft skills is behind left behind. It’s seen as a nice to have, yet actually it’s critical to balance technical skills with that ability to communicate well, listen and much more.

IT support agents are expected to be adept at empathy, the written word, tone of voice, thinking ahead and being flexible, however that’s often not the case for an IT professional, or actually for roles in many other sectors for that matter.

I tackle this issue at the start of the Helpdesk Habits book. In short, I argue why you shouldn’t expect an expert in IT to be an expert in human communication skills. Why? Because the chances are they’ve never been shown the way, coached or trainied and then encouraged to practice those skills.

It’s unfair to assume any one person will naturally have what it takes to work successfully with a customer, to upsell, to spot an opportunity or harness a testimonial.

Let’s look at this another way.

I think you’ll agree it’s unfair to assume I’ll be able to explain how to deploy a docker container onto the the container orchestration platform, Kubernetes, using a constant integration pipeline.

Why is this assumption incorrect? Simply, because I’ve never been trained to do such a task!

THERE IS NO DIFFERENCE between the two statements.

If you’re not naturally skilled at something, you need to be trained, to get good at it.

It seems I’m not the only one who thinks investing in IT soft skills will benefit your business. These issues are cross industry too.

In a survey of 4,000 professionals globally, there are some worrying trends. 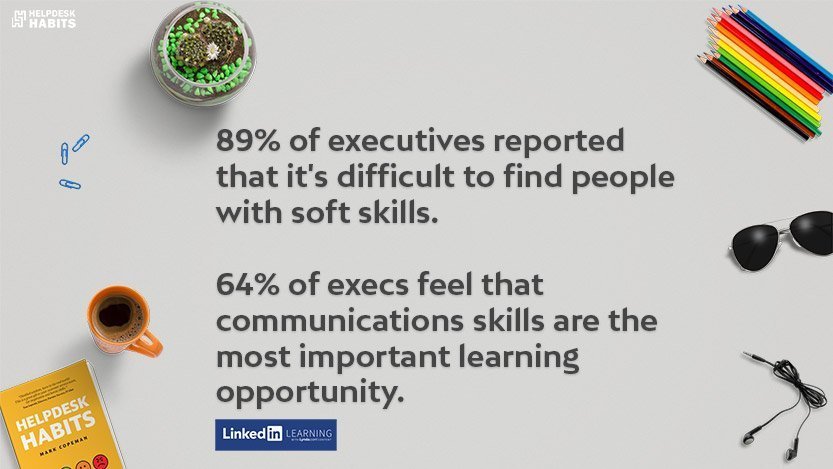 The second stat perhaps backs up my assumption. 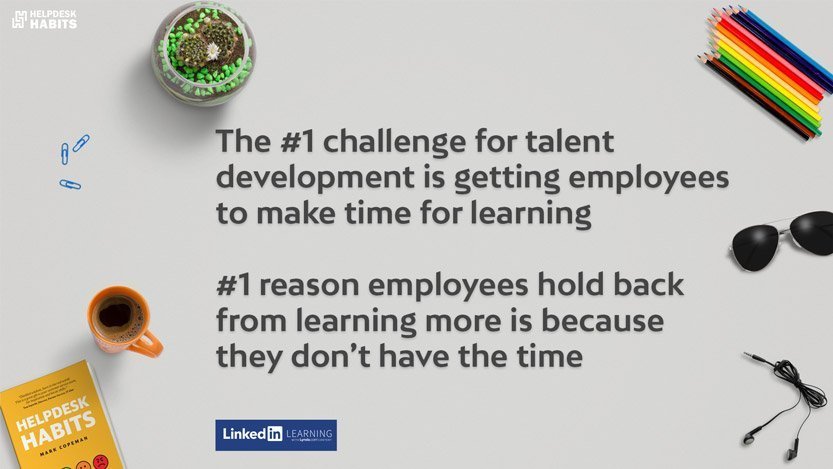 These two stats won’t be a surprise. Who has time for training these days? The pressures around us always seem to be overwhelming. Taking 3 days offsite to be ‘trained’ in IT soft skills is never going to be aa good option, however there are of course other ways! Bite-sized video training is the way to go for me.

There is light at the end of the tunnel: 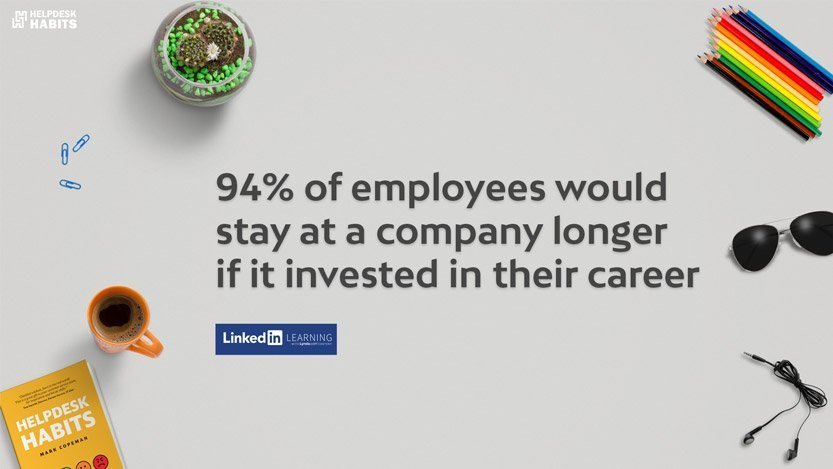 I’ve talked to dozens of MSP owners about the difficulties of retaining their staff. This is particularly tricky in populous areas such as San Francisco and New York City. Competition for jobs is fierce and salary alone isn’t going to cut it for many. You can create real loyalty by focusing on employee engagement through investing in good quality training – both formal and informal.

Going through training as a team is also a great way to create real change. Alcoholics Anonymous is one of the best examples of changing behaviours through team work.

Can you really teach IT soft skills?

In my conversations with MSPs as recently as two months ago, many are now hiring based on a candidate’s soft skills. Often they will come from the hospitality industry. They then invest in accreditations to turn them into an IT professional.

I think that’s controversial and many I spoke to at Connect IT disagree with that approach too. Those that are going down this route feel that having those essential communications and personality skills outweigh the ability to dubug a kernel, as that can be learnt.

I argue that IT soft skills can be taught though and added onto a highly trained technical person’s skillset.

It’s completely possible to build a series of tactics and techniques which can be layered on over time and practiced so that eventually they become ‘default’, or moving away from the IT lexicon, a set of habits.

Of course, I would argue this – I’ve built a business around it – but I know it can be done, when done right.

The benefits of IT soft skills training

Your helpdesk / suppport desk / service desk, however you term it, is your frontline team to the world. Everything agents say and do gets scrutinised and for that moment of communication, whether by phone, on chat or on email – that agent is the face and voice of your company.

An agent’s actions at that moment in time, singlehandedly affects how that customer or prospect perceives your company’s brand.

This can be a sobering thought.

For those agents who are blunt, focused on technology alone and not adept at listening and communicating, they will almost certainly not realise this.

When IQ takes over from EQ, long term relationships rarely form and high CSAT results, referrals and happy customers will always be an issue.

On the flipside, simple changes to IT soft skills, such as training in communication techniques and the written word, can generate referrals, create testimonials, reap new projects and solidify relationships.

When contract renewals come round, who wouldn’t want to renew, when friendships have developed between client and MSP? Who would turn down a team who sends birthday cards to clients, who go the extra mile, who ask about a husband who’s been admitted to hospital and congratulate a client whose children have just starred in a local performance?

With all other things being equal, with staff like that, no one would turn down that chance to renew – because people love dealing with other people.

If you’re looking for IT soft skills training and feel you need some help, read on.

We believe in the concept of habits. 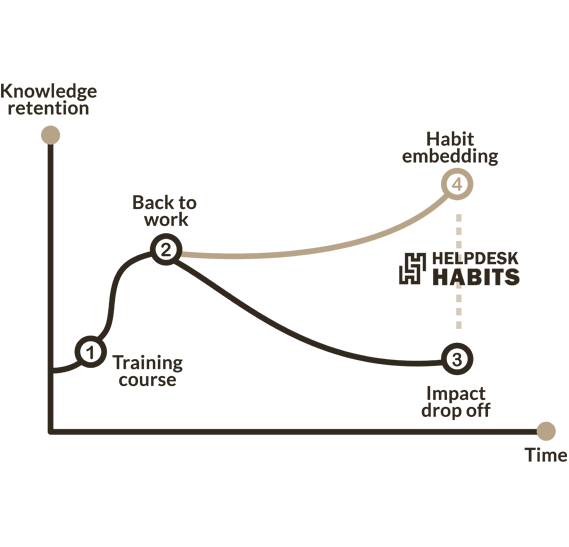 One off hits of training rarely work. Instead, layering on simple ‘habit loops’ involving triggers and actions, which when practiced for 70 days, ensures behaviours are changed and change really happens.